What is credit card encryption?

Credit card encryption is a set of security measures put into place that drastically reduces the chances of private and valuable card information being subject to theft, which include the card itself, the terminal where the card is scanned, and the transmission of information between that terminal and its system’s back end. This is done by either encryption or tokenization. With over 46% Americans having been the victims of fraudulent activity in the past five years, the need to protect our accounts has become increasingly important. 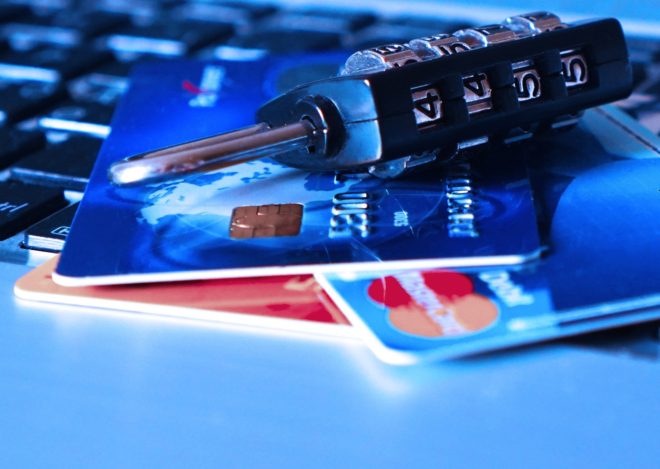 Understanding the difference between these two protection methods can help you decide which is best for your business. Tokenization is a process that removes a card’s information from a company’s internal network by replacing it with a generated marker, or “token”. For example, a credit card with the numbers 1234 5678 8765 4321 would become H92JK7DUP4359L2ST, while having various different tokens for various merchants. These generated numbers serve no purpose to thieves, as they cannot reverse engineer the code back into the card number.

Encryption masks the buyer’s data using an algorithm, scrambling the card’s information to make it unreadable without the proper key. This is an end to end method, as the data is kept secure from the point of purchase (in store or online) until it reaches the intended destination. The information remains unreadable when it is at rest, in motion, and until the system’s key decrypts it, making the possibility of a hacker stealing the data minimal. Both are excellent choices in the fight against credit card theft.

In the past, systems used the magnetic stripe on the back of a card or the CVV number when accepting purchases, but these systems became heavily corrupted with malware during the fraud crisis of 2014. Once the information is stolen, it can be put into a new strip and used to make fraudulent purchases.

An encrypted credit card (or smart card) features an electronic chip that is much harder to replicate. When combined with an encrypted card reader, such as an EMV, the ability for criminals to replicate the information is nearly impossible. How? These new systems use vital encryption keys.

There are two types of keys, private and public. The latter is only used to encrypt data, while companies use private keys to decrypt it. This system is made safer by regular key rotation, making the private keys harder to obtain by fraudulent hands while limiting the data stored on any single key at the same time. This method has proven highly effective in both the U.S. and Europe, and is one of the best ways to make sure your customer’s information is kept secure.

Encryption and Your Business

Businesses across the country are implementing EMV readers to not only make transactions safer, but to better meet pci encryption requirements as well. Using these services, you can ensure that your business is not held liable based on the Fraud Liability Shift in the event that information is stolen. Your customers will feel safer knowing that they are not at risk, and you can rest easier knowing that these systems are in place to protect your business’ reputation and legal standing.