Posted in Merchant of the Month.

Merchant of the Month – Cowgirl Creamery.

Legend has it that when Peggy and Sue were exploring names for their budding cheese business, two women on horseback pulled up in front of the barn, hitched their horses to the bike rack and ran into the grocery store for supplies. Ellen Straus, who was visiting at the time, looked at Sue and Peggy and said, 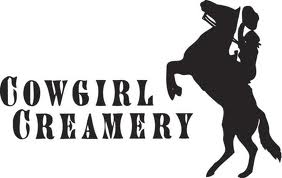 “We’re living in the Wild West out here.” Peggy’s response: “Then we must be cowgirls! And this must be the Cowgirl Creamery.”

Cowgirl Creamery cheeses are sold to over 500 stores, independent cheese shops, farmers markets and restaurants, and nationally through Whole Foods Markets. And true to their community ethos, Tomales Bay Foods continues to support and promote artisan cheesemaking, offering over 200 cheeses from all over California, America and Europe through their website and retail locations.

The global outbreak of COVID-19, or coronavirus, continues to evolve and disrupt many aspects of our daily lives. Here’s how Dharma can help you and your business: